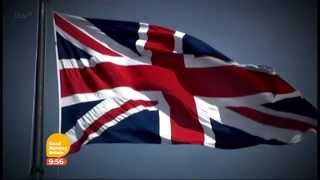 Scotland voted no to independence on the 18th September 2014.

It was a matter of the Scottish people voting whether to save the UK or to have changed the British Isles forever.

There is no getting away from the fact that Scotland’s First Minister Alex, Salmond, was full of emotion as he held a news conference to the world’s media giving them the information that he will now stand down as the leader of the Scottish National Party (SNP) and as First Minister of the country that is still a part of the United Kingdom.

The Welsh First Minister, Carwyn Jones, condemned the decision the Scots made; he is now in talks with the prime minister David Cameron to discuss more devolution or powers for Wales.

Prime Minister, David Cameron, has called Alex Salmond: “…a politician of huge talent and passion,” after the First Minister announced he was stepping down.

“He has been an effective First Minister and always fights his corner.

While we disagree profoundly about his goal of a separated Scotland, and many other things, I respect and admire his huge contribution to politics and public life.”
– Prime Minister, David Cameron

After two years of discussion and heated debates between Scotland and Westminster, a lesson has been learned. Westminster will give Scotland more devolution in the future, but will we here in Wales feel the benefit too?

Maybe I’ll be writing an article about Wales receiving more powers from the Houses Of Parliament, who knows? We’ll just have to wait and see.

In the meantime thank you for reading and have a great day.