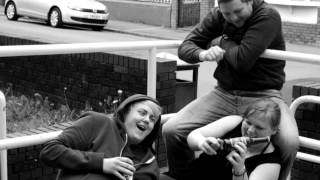 Bullying is such a big issue. The majority of us have been bullied and/or witnessed it. One problem about bullying is that although people know it’s considered bad, there still isn’t enough being done about it. Some people don’t even realise the seriousness of it.

Now, if you have seen my last video, Love Me for Who I Am, you know I am all for people’s opinions being heard. So, after the success of that video, I created a project called Inspire, which will allow people to have their say, no matter who they are, on topics that are important to them. More on that in another article. Meanwhile, you can check out our Facebook.

After hearing and reading about people taking their lives after not being able to fight their bullying battles, I felt as if Inspire needed to give people the opportunity to give their views on the topic. That’s when Stand as One came about. People voted for the name on Inspire’s Facebook and Stand as One was the winner.  People then sent in their photos that they had edited to represent their thoughts and opinions on the topic. We decided that this video needed something different to the last. We asked people to come forward and to share, anonymously, their experience/s with bullying. We picked two stories – one to feature in the video and one to accompany the video in promoting the project (which is available on our blog). With the story ready, we did a photoshoot and the photos would be used within the video along with the story. Obviously, the people were not the actual bullies and the victim was played by another person.

The photoshoot was a success and more people sent in photos before the deadline, May 31st. The teen section of my local library, where we held the photoshoot, offered us the venue to hold a premier showcase, free of charge. I agreed straight away and invited other projects such as Young Promoters Network and Bridges along to showcase their work before the premiere of the video.

The event was a great turn-out and despite a few blips, it went fairly well considering it was my first ever time planning and holding an event. I invited a local organisation, Bullies Out, to attend the event as well as other people such as friends, family and other people interested in Inspire.

One guest, Emily, said, “From the moment I got there I was intrigued to find out what was going to happen. The overall presentation was outstanding! Even though there were a few problems with the sound but that’s what you’d expect. The projects were interesting, and if I’m honest, I wanted to find out more about everything. Everything was just great. Couldn’t have been any better. The Stand As One video was wow! Unbelievable! I loved it all! A very eventful day. I really enjoyed it.”

I hope that Inspire will have a great turn out as it expands over the next few months and that Stand As One sends the important message about bullying out.

Thank you to everyone who helped me, especially Demi and Martyn, my family, CLIC for donating the goodie bags, Cancer Research UK for helping me with the raffle in aid of Race For Life, everyone who donated a raffle prize, the projects who attended, Treorchy E-Teens for the venue, the guests and finally everyone who has participated in Inspire’s projects.

2 thoughts on “Stand as One”