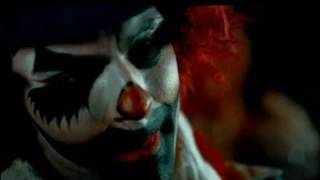 Stuart Cable, the former drummer with the Stereophonics, has been found dead in his home in the Cynon Valley.

Emergency services were called to Cable’s house where his body was found at 5:30 this morning (Monday 7 June 2010).

Police have not yet established the cause of death, but there is no sign of suspicious circumstances.

The musician’s mother, Mabel, confirmed the news in an interview with WalesOnline, stating that: “Stuart has travelled all over the world with the band and I have worried myself silly. He is now settled down and then this has happened. It has not sunk in yet.”

In a separate statement, Cable’s brother Paul said that: “The family has no further comment to make at this stage. It is in the hands of the police.”

Cable, who was 40, left the Stereophonics seven years ago when he was being accused by the band of neglecting rehersals in favour of his media career which included his television show, Cable TV.

Cable also drummed temporarily for Stone Gods, a band made up of former The Darkness members, and was due to play the Download Festival this coming weekend with his main project, Killing For Company.

Many musicians and celebrities have been paying tribute to the Welsh drummer on Wales Online.

“Very sad news about Stuart Cable this morning. My thoughts are with his friends and family.” – Huw Stephens, Welsh radio presenter.

“Very shocked to hear the sad news about Stuart Cable. He was always lovely when we met. Love to his family and friends. RIP.” – Chris Moyles, host of the Radio One Breakfast Show.

“Since the early days of The Automatic, Stuart Cable was one of the most brilliant and supportive people we encountered. He was one of the few really genuine people you meet in the music industry, when he said he’d come down to a gig he would, and be one of the most enthusiastic people there, which to a bunch of 18-year-olds meant the world.

“From then on we’d bump into him all over the place and he’d always be there with big smiles, hugs and a friendly face, wanting a drink and a chat. He was one of those people that always left a massive impression, one of the few big characters left in a music industry which is becoming increasingly bland and tempered down.

“The last time I saw him he was listening back to a mastered track from our last album and he came up, beaming, thumbs up shouting “IT SOUNDS LIKE SABBATH!” which was the biggest praise I think he could give.

“I feel lucky to have met Stuart, shared a stage (even drum kits) with him. He’ll be massively missed.” – Iwan Griffiths, from the Welsh band The Automatic.

“Whenever you met Stuart, you always walked away with a massive smile on your face. Such a gigantic personality which was reflected in his drumming. He really will be missed. Our sincere condolences to his family and friends.” – A statement released by the Manic Street Preachers.

So, rest in peace.