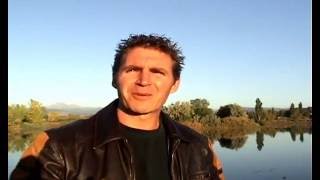 You know it was Father’s day recently, right? I didn’t.

In all honesty, I didn’t see any need to celebrate the man I’m supposed to call Dad.

From as early as I can remember, this man was an alcoholic. He was a man who seemed to care more about the whereabouts of cider than his own flesh and blood. One of my first memories of him is driving through town with the windows down, and he saw two women who barely had any clothes on.

The next thing I remember is going to a video rental shop. I had a packet of sweets, and he got out a video. After that, we went home and he put the video tape in the player and I started to see a man and a woman together. They went to bed. If you know what I mean.

He kicked me out of the room before I saw anything on the video, mind. Then again, I wouldn’t know what to do if I did, I was about three or four at the time.

He was the provider of my first taste of alcohol. I was six, he was drunk. We were at home, watching Emmerdale because Dave didn’t exist then. I saw a two-litre bottle sitting next to his chair. Me, thinking it was pop, asked him if I could have a bit. He, without thinking, said yes.

So, that’s what I did. I swigged a bit of the drink and wondered what was so special about it. I didn’t know it was the Devil’s nectar, I thought it was just fizzy apple juice.

The one and only alcoholic beverage that I have consumed was called The Old Somerset, and was a prominent feature in my house until about ten years ago. That was until he was banned for driving for a year for nearly running over a four year old girl whilst under the influence.

Back track a second. I was in school one day, talking to my friend about pointless things. My friend then said to me that gambling is hereditary. So, if my mother was a gambling addict, I have more of a chance of being one too.

I was not convinced. Many a “that’s a lie” and “no it’s not” was thrown between me and my friend. Luckily, we were in a biology lesson, so I asked the teacher if this was true. He said something on the lines of “to an extent, yes”.

While my friend reveled in being right, it made me think about this person I’m bound to call my father. He was drinking well before my or my siblings’ birth, I’m sure of it.

And what it seems to me is, he was an alcoholic for a large duration of my life. No matter how much I’d like to deny it, part of his genetics are inside me.

I fear that, if I start to drink, I’ll be consumed by it all. I’d just be that man you see in town, lying on the floor, scrambling for any form of money to trade for drink. The man you see walking past a bin, sees that there’s a half-eaten bag of chips there, eats one, spits it out because it was horrible then heads to Bargain Booze to “take the taste away”.

And because of another male relative, I have a fear that if I decide to destroy my morals and fall into the peer pressure of drink, I will become an alcoholic. An aggressive one. One who’d mercilessly beat his wife and kids.

And that’s one of my biggest fears: losing control. If it means that I will live in a world of delusion for the rest of my life, I’d welcome it more than a world where I have no control of my actions.

I’ll end it here, before I start to regret writing it.

3 thoughts on “Tales Of A Teetotal Teenager III”