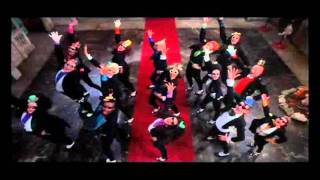 It won’t be an understatement to say that I have no real place in social occasions. And this is a chronicle of why. Though not in chronological order, because there’s no logic to anything I do.

Back in the day when the world hadn’t heard of the soul-crushing death sentence known as the X Factor, there was a family member’s party. For this instance, I shall continue by calling this family member “my sister”.

It was her eighteenth party, I was barely eleven. She decided to have a party to celebrate breathing more oxygen than I have. She invited all of her friends from school, and so did my brother, three years my senior. I, on the other hand, didn’t really have an option to bring anyone, meaning all I did was sit down by a table, counting the amount of cola cans that were around me.

It was my first time experiencing a social occasion where alcohol was involved. It was as I expected. My sister was having the time of her life, until she peed herself after a WKD too many. My brother was also having fun, but not under the influence. Our parents were watching, see. This somehow made sense in the circumstances.

Me? All I did all night was sit in a seat, with my cousin trying to get me on the dance floor. She failed, however. So she scuttled off somewhere else, to someone who would do the “Time Warp” again.

I don’t know exactly why all I did was sit in the same seat all night, creating a fort of cola cans around me, like a bubble shield for my virginity.

I think I know why, which has only hit me the moment I wrote the word “virginity”. I wish more happy incidents worked like that when I said that word, like losing it.

On that night, it was a revelation. My sister was of age, my brother was soon to be. Both of them had their lives in which they’ve carved into the tablet of history for a while now, and I had not even lived in comparison. All I did was wake up, go to school, come back and waste my evenings on gaming. While they did things that I wouldn’t dream of doing at that age and my current one.

It was my first time out, the first time I spent a night with the average age of everyone in the room was closer to 15 than to death. And it shocked me. And even to this day, I can’t seem to fix it.

Fix what? I don’t know yet. Maybe I’ll figure it out as I write the next one. If there is one, that is.

Related Article: To Drink Or Not To Drink?