Home » News » People in Your Life » Tales Of Tainted Love 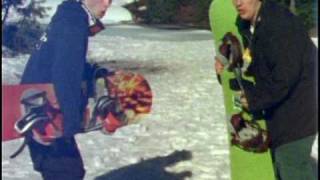 You remember last time, I quoted a song that I hold dear to my heart?

To be fair, that whole song totally describes me, and has done since I first heard it while I was studying for my SATs. Do they even do SATs these days?! Man, I feel old.

When I heard it, I instantly thought of my own intelligence. I was never a top student when I was in school. I struggled with languages, had no grasp of creativity or sports and was always slapped in the face by the information when it came to science and mathematics.

But saying that, I still managed to pass all my exams. I never struggled through an exam, but I didn’t breeze through any, either. I had no specialist subject, unless somehow you count spending the entire dinner-time running around the school a specialist subject. But even then, the most I’d get is an F.

But the more I thought about those lyrics, and the song overall, I realised that my naivety was idiotic. It had nothing to do with knowledge. It was about you as a person.

Back in the days of GCSE, there was a girl. She was nothing special. She was blonde, adequate in the looks department and that’s about it. For some reason, whether it was fate or idiocy, I was attracted to her for almost a year. And any day that I spent with her, it seemed like she saw me as nothing. An entity that was important when no-one else was around and discarded when someone more interesting came around.

She had no interest in me. Thinking back, it’s like she treated me as if I was beneath her position. I wasn’t equal to her class, she assumed, and therefore she had no real interest in me, even as a friend.

And in my delusion, my brain wasn’t acting in its usual way over this girl and it tricked me into doing one of the most humiliating things I’ve ever done – ask a girl out.

It was before the last class of the day and, without thinking, I pulled this girl over and asked her out. Not in the suave “Hey babe, wanna do something on the weekend or something, just you and me?”, no. I just went “Will you go out with me?”, with a voice more broken than the European economy.

Her response? She just asked if she could think about it.

So what did I do? What could I do?

And to this day, I have had no reply.

I guess it was a no the moment she had a boyfriend who, in his way and along with his friends, gleed in humiliating me and my feelings for this girl. They’re married now. And no, no hard feelings towards them. I really couldn’t give two otters and a kettle about their lives after what they both did to me.

This, along with my behaviour when it comes with going outside, talking to people, is one of the major factors that have made me who I am. It’s made me into this person that I despise. A person who seems cold, who seems not to care about anybody or anything, who is even more of a bumbling idiot around a girl after he’s admitted his feelings towards them, rather than when they didn’t know in the first place.

Why am I talking about this? I’m not entirely sure. Maybe I have a need to talk things through without nobody knowing who I am. I’ve not lived a life filled with people I trust enough to share things like this.

Forgive me if any of this seems like self-indulgent drivel, both in writing style and content. Not sure how I can write it in any other form.