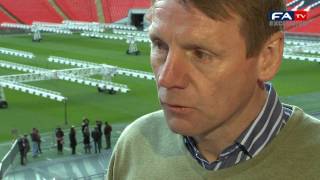 Team GB coach Stuart Pearce has announced his final squad for the London 2012 Olympics. Pearce selected 13 English players in the squad, and 5 from Wales. Surprisingly, no players from Northern Ireland or Scotland will play for team GB in the games. Manchester United’s Ryan gigs, Liverpool’s Craig Bellamy and Manchester City’s Micah Richards were selected as the three players aged over 23. Pearce shocked the public when LA Galaxy and England midfielder David Beckham was not included in the squad. Stuart Pearce says his decision not to pick David Beckham in his squad was made purely for footballing reasons and stressed he would not pick any player based on sentiment. Team GB will play a friendly against Brazil as preparation for their opening game in the Olympics against Senegal at Old Trafford on 26 July. With a strong squad, Stuart Pearce and all Team GB supporters have high hopes for the games.