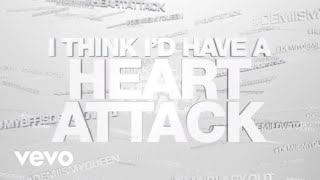 I love our society’s current obsession with ‘new’ and ‘current’ music. It seems that in today’s World of Pop, there seems to be a filter of sorts between new music, artists, the radio and its consumers – us. I’ve been keeping my eye on it for a while and this ‘filter’ seems to block out any music that hasn’t got a) lyrics about ‘getting down in da club’ b) Pitbull or FloRida on it or c) a ‘club synth beat’ so ‘hypnotic’ and ‘danceable’ there’s barely enough bass to make some 10 year old’s get up for anything but Gangnam Style and the Casper Slide at their cousin’s birthday party.

This ‘filter’ effectively means that most of the music we hear played on the radio today is, actually, a pile of manufactured plastic pop. And that’s quite sad. Sure, there are individual tracks – and artists – that use this to their advantage; like Marina and the Diamonds who, so desperate was she to crack the mainstream, that she teamed up with Dr ‘Katy Perry/P!nk/Ke$ha/Kelly Clarkson’ Luke to write the amazing Primadonna, a mainstream song that wallowed in its own manufactured-ness to create a brilliant, post-modern, radio-friendly and yet completely original hit. I would, before I continue, just like to let you that I, in actual fact, love pop music. But I don’t like every song that comes under the category of pop, I only love the certain songs that make pop special, a genre of music to be proud of. So, with that in mind, I’d like to present to you a list of 10 songs that are either out now (so, like, go and buy them) and I really like them – henceforth you should automatically like them, too – or they’re quite ‘dated’ yet the context of the song itself is related to something happening in the media right now. OK? Let’s begin;

1. Heart Attack – Demi Lovato
Stop right there. I know what you’re thinking; ‘Oh, the song of a former Disney Star, this should be good.’ *rolls eyes in disgust and turns on some Jake Bugg*
But no. Just no. For I, like you, was previously under the opinion that anything or anyone to come under or from the banner of Disney was an automatic, manufactured, ‘tween friendly’ and cheese-erific pile of rubbish. Apart from, of course, That’s So Raven. But after hearing Heart Attack, I’m sure you’ll agree Demi Lovato has pulled it off. She’s made the transition from Disney Princess to full-on Pop Star. Heart Attack is amazing. It’s even more amazing than Give Your Heart A Break and has some very noteworthy lines; my personal favourites being:
‘Never break a swear for the other guys, when you come around I get paralysed’
And:
‘But you make me wanna act like a girl, paint my nails and wear high heelsâ€¦’
Plus, Demi sings the word ‘glow’ in a way that will make you very happy (but not in the way you’re thinking about you dirty lot).
All in all, a seminal pop masterpiece. And I am not getting carried away.

2. Attracting Flies – AlunaGeorge
You may recognise AlunaGeorge from that Disclosure song ‘White Noise’. If you’re not familiar with them, AlunaGeorge is made up of two people, called Aluna (who is the female singer) and George (who is the male producer). So to start it all off, at least you know the name is wildly original. Secondly, I would class AlunaGeorge’s genre as ‘hipster pop’. It’s the kind of song you’d expect to find playing in Urban Outfitters because it’s not current enough for the mainstream, but too ‘pop’ to be considered all-out indie. You can almost see people forking out thirty quid for a stupid top with ‘LAD’ on it as you’re listening to it. But don’t get put off by that, this song is catchy and amazing, plus the video is pretty good too, what with its retro fairy-tale vibe. I am most certainly impressed with this song.

3. Yung Rapunxel – Azealia Banks
Now, I do like Azealia Banks. For me, her song ‘212’ was the song of 2012 and her 1991 EP should be considered a modern hip-hop/R’n’B classic. And now – finally – she’s releasing her debut album, preceded by this very song as its first single. This song has ‘experiment’ written all over it. While it’s most certainly not a mainstream pop track, Yung Rapunxel is sometimes an incoherent mess of a monster beat, screaming lyrics and Azealia Banks’ somewhat distorted voice. This one will take a few listens to get used to, but once you persevere with it, I promise you that you’ll be in for a treat.

4. Problem – Natalia Kills
I hope you all realise by now how much I love Natalia Kills. Her first album – Perfectionist – set her up as a dark, mysterious, noir Lady GaGa but aside from its lead single, ‘Mirrors’, being legitimately the greatest song of all time, Kills found little success for attention from the public or anyone else for that matter. Two years later, she’s released ‘Problem’, a song with a pumping, stiletto-strutting, 90’s grunge guitar beat, electra, distorted vocals from Kills and an epic breakdown towards the end of the song. Once again I have a personal favourite lyric;
‘Got my mink coat falling on the motel floor, you’re on the bed wolf-whistling louder.’
Make of that what you will, but Problem re-establishes Natalia Kill’s musical identity as a walking homage to the 90s, a pop star who’s not afraid to be seen outside of the mainstream and possibly the most exciting and forward thinking singer out there at the moment. Favourite song of the year so far.

5. Bow Down / I Been On – BÃ©yonce
Queen B returns, although it’s a little later than I expected it to be. The first half of this track is sassy and amazing. The second party kind of veers off into nothing but you’ll recognise it from the advert for her Mrs. Carter World Tour. It’s no Countdown or Green Light Freemasons Remix, but it’s a BÃ©yonce song so it’s automatically better than 88% of music out there right now.

6. I Love It – Icona Pop featuring Charli XCX
I know it’s a clichÃ©â€¦but I love ‘I Love It’. It is – in every sense of the word – a pop banger. It’s glorious and amazing. The actual personification of a ‘summer anthem’. Heck, this song itself is summer. Underneath Icona Pop (they are a Swedish female duo who are in their own right amazing) you can just about hear Charli XCX, a 20-year old British singer-songwriter who’s been busy making waves ‘underground’. When this song is finally released, hopefully Icona Pop and Charli XCX will be massive stars and you’ll personally thank me for introducing you to this song.

7. Some Girls – Rachel Stevens
This is where we come to the less-current music. And we start off with a modern pop masterpiece. I guarantee many, if not most of you, will be familiar with this song and it is a pop masterpiece, even if the subject is quite disturbing – Wikipedia this song if you don’t believe me. But I loved Rachel Stevens, she made amazing pop songs like this that were, at their time of making, never fully appreciated for the pop gems they were to become. But don’t worry, Rachel; I still regard this song as one of the greatest songs ever. But, sadly, what with the news that S Club ‘S Club Party’ 7 could be finally getting back together (sadly not in time for the Big Reunion) it looks like we will be without another masterpiece from Rachel Stevens for some time.

8. Ego – The Saturdays
Yesterday we received the news that the Saturdays had finally reached number one in the UK charts with their latest single, ‘What About Us ft. Sean Paul’. While this is all-around excellent news for Britain’s new favourite girl band (after The Aloud debacle, but more on that later) I can’t help feeling bittersweet about the fact that, ironically, the Saturdays’ best song didn’t reach number one. In my opinion, Ego was a number one hit. It wasn’t, but this masterpiece has ‘number one’ written all over it. Obviously, the video is amazing too but really, shame on you, Great British public.

9. All Fired Up – The Saturdays
Actually, maybe this is their best song. Decide for yourselves.

10. Call The Shots – Girls Aloud
I don’t know if I can bear to write these wordsâ€¦but Girls Aloud are no more. They have officially disbanded. For ten years, they were the best girl band ever. Their string of top ten hits and masterpieces may be overtaken but I doubt any girl band created from a reality TV show will ever have such a flawless Greatest Hits album such as Girls Aloud’s ‘Ten.’ Obviously, everyone’s least favourite member of the band, Nadine, didn’t want the band to split up. This is quite obvious, since Nadine can’t go solo again after she only sold her single and album through Tesco and flopped so spectacularly. On a side note, I think every girl band has a ‘Nadine’. For instance, in the Spice Girls their Nadine is Geri Halliwell and in the Saturdays it’s Una. But enough of Nadine and her very strange accent, the most obvious way to celebrate the greatest British girl band of all time – sorry B*Witched – is to celebrate with their best song; which is Call The Shots. Which is – Mirrors, Just Dance and Bad Romance aside – the best song of all time.

So, there you have it. The 10 songs you need to hear. Why don’t you listen to them and tell me if I’m a) right b) correct or c) a complete genius. Your opinion always matters. The customer is always right. Except, of course, when that customer isn’t me.