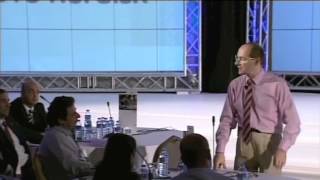 Far, far away there is a land that anybody reading this wouldn’t have visited before (or actually heard of probably)…where all things are perfect…the name? (You guessed it!) LIAMLAND!

LiamLand is a magical world in the head of Peter Elliott. It’s where all the faults of the world are dealt with and they’re just not in existence there.

So basically, if you see ‘The Amazing World Of LiamLand’ in the title, then it’s where I discuss a topic and how it’s like in LiamLand.

This week’s problem is Doctors and Healthcare.

Doctors are people who are highly educated and trained in medicine and the human body and all that stuff. They are there, to help the injured, sick and whatever people of the world.
But how come, that if you visit the doctors, it seems some have hardly any time for you, and don’t actually care about what problems you’re facing?
I know it must be a hard job, when every day you are faced with people complaining and groaning about something. But surely that’s what you were expecting when training to be a doctor?

Whenever you’re in pain and see the doctor about it, it doesn’t matter whether you’re in a little bit of pain or in absolute agony; they would still give you the same stupid pain killers and send you back home!

I know that loads of people visit their doctor every day, and some over-dramatise what their actual problem is. But if you’re a doctor, you’re fully trained to suss out what the actual problem is with someone, and if it’s serious or not.

When you visit hospitals, there is an absolutely wide range of personalities there. I went there the other week, with a relative who was in lots of pain, and when the first doctor called us in and asked what the problem was, there was no sympathy there.
His actual words were “Why didn’t you see your GP?” and when my relative said that they would just send him home with painkillers and he would still be in terrible pain, the doctor’s reply was “But they’re paid a lot of money, go to them next time.”
This is just terrible and you can’t talk to people that are in hospital in need of medical care like this, it’s absolutely stupid and these people should be taught a lesson or two in how to talk to people.
The second, third and fourth doctor however, (yes four doctors, we were there a VERY long time) were all well-mannered and helpful.

In LiamLand, all the doctors are like the last three I mentioned. All kind, well-mannered and interested and dedicated on finding the problems that the people of the country are having. They use their advanced knowledge on science and medical stuff and put it to a good cause.
I think that there is time for a big improvement in the medical care and doctors in this country, they’re getting good pay and do a good job for it too! But they should learn how to create a good atmosphere for the people in need, and not make them feel uncomfortable and worse than what they all ready are.

So if you’re in any need of healthcare, forget the doctors of this world, come to LiamLand!

3 thoughts on “The amazing world of LiamLand – Introduction, Doctors & Healthcare”