Home » News » Your World » The Death Of Modern Pop Music 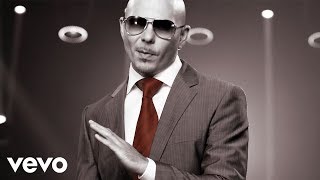 Now, I don’t like to be ‘over the top’ or – God forbid – hyperbolic about things, but in the past few days I have actually stared in the face of death. I, an innocent and naÃ¯ve young boy, stared into the darkness of mortality, witnessed the coming of the Grim Reaper and weeped at the thought of departing this mortal coil.

What I mean by this is, I heard a bad song. Not just a bad song but a very bad song. So bad it makes this:

Seem (almost) as good as this:

And I hear you cry, ‘What is this song? Who is this Grim Reaper you speak of? What does mortal coil actually mean?’ Well, the song I’m speaking of is ‘Feel This Moment.’ If you’re not familiar with it, here it is. (Brace yourselves. You may need counselling after hearing this. Or a vaccination, depending if you had your shots when Psy released ‘Gentleman’.)

Obviously this is another song by Pitbull, the now legendary wearer of suits, sunglasses, a bald head that we all now ‘know’ and ‘love‘. I’ve tolerated Pitbull’s music before, some of his songs – one song – have been good. ‘International Love’ featuring Chris Brown is very good. ‘Feel This Moment’ is not good. It is terrible. Assuming you haven’t listened to the YouTube clip of it (for your interest, it’s just above this, listen to it and weep) then I’ll take you through what happens:

1. Pitbull does an ‘intro rap’ piece. It’s all very nice, like your Brazilian father talking softly to you.
2. Christina Aguilera (!) comes in with an early chorus on a piano (!) and surprisingly is not yet shouting her pipes off like a busty barmaid yodelling away to CÃ©line Dion on karaoke night.
3. The song ‘kicks in’ and Pitbull talks about ‘living for the moment’ aka making a lot (some would say too much) money and spending it in ‘da club’ on drinks and I’m assuming dancing with some females.
4. Christina pops in again for a ‘stirring’ chorus about something glowing and a golden castle and gates opening. It doesn’t make much sense and, to be honest, it’s the sort of cheesy, half-hearted, rhyming chorus you thought Christina had outgrown. Obviously not. Then the shouting starts.
5. Plonked on the end of this chorus, is a sampling of A-ha’s ‘Take On Me’ to really ‘get the song going’.

And then repeat this about three times and you basically have ‘Feel This Moment’. Now, the first four points of this song I have no problem with. They are, in fact, exactly what we have come to known to be included on any generic rap song by Pitbull or Flo Rida or whoever the hell is jumping on this bandwagon and making a lot of money out of it. But ‘Feel This Moment’ becomes a very bad song when that sample of ‘Take On Me’ kicks in.

And do you know why? It really begs the question of what Pitbull, his producer, or his label, thought what the point was in sampling this iconic and amazing song. A1 have already covered it, I don’t see why ‘Take On Me’ should be abused yet again via the medium of song by a professional Brazilian dad-dancer and a sadly past-it songstress who, try as she might, couldn’t overcome her wholesome girl next door image, tried to make everything better by becoming something ‘else’ by altering her image and when that didn’t work, she tried to claw back up the charts with varying degrees of success. Basically, Christina Aguilera’s career is slowly and painfully coming to a sad conclusion.

But, back to the original point about the sampling of an 80’s classic. You can certainly see why a ‘stirring’ and ‘club ready’ song and beat would be needed for this track. You can even see Pitbull’s justification for using it. Plenty of other artists and songs have sampled 80’s classics. The Saturdays used a Yazoo hook for their debut single ‘This Is Love’ and there could be endless lists of amazing songs that have used the choruses or beats from brilliant 80’s songs. But the use of ‘Take On Me’ in ‘Feel This Moment’ is – let’s face it – absolutely terrible.

First of all, it feels so out of place. It’s shoehorned in right at the end of dear Christina having a bit of a warble and it, if anything, cheapens her contribution to the song, making her nothing but a set of mainstream, iconic yet strangely nostalgic pipes with which Pitbull uses to attract everyone who isn’t interested in his ‘rapping.’ Which is basically 99% of his audience, really.

Second of all, it speaks volumes for what counts as ‘originality’ and ‘creativity’ in the music industry nowadays when recording artists and their producers probably find themselves borrowing any old used 80’s song hook for a song which probably could have benefitted from some originality, to perhaps take the focus away from the fact that every single Pitbull song will always sound exactly the same. That’s kind of the point of Pitbull, both he and his music are a constant; never changing, never alertingâ€¦just there, floating somewhere in the Top 20 played by Capital FM, kept away from Radio 1 like it’s the plague and surely playing out loud from some 14 year old’s BlackBerry who proudly announces one summer day in a field that this song is the anthem to their life.

Finally, the point of this vague rant is to point out that in its present state, modern pop music is facing a divide. The way it seems to be going, it’s split into two groups; the more ‘indie’ mainstream songs like this (http://www.youtube.com/watch?v=F90Cw4l-8NY) which have slowly crept from the music blogs, to Twitter, to hipsters, to the iTunes, to the charts and now finally to most of the mainstream songs like this precise one, that are unashamedly and – quite proudly – awful. A haze of tried-and-tested generic formulas that, in the space of one year, will probably result in the release of one good David Guetta and Sia song, a Flo Rida album with an ambiguous sexual reference (again) and a song from Pitbull which everyone loves to hate, hates to love but then they buy it anyway because it gets stuck in their ear like some sort of tropical bug. And this really needs to change, doesn’t it. Because pop music can’t survive another year on rubbish like this alone.

So yes, ‘Feel This Moment’ is a song that heralds some dark days for Planet Pop. Pitbull, it seems, is the modern-day Grim Reaper, with an Armani suit instead of black robes and a fist full of 50 dollar notes instead of a scythe with Christina Aguilera on his arm, sampling yet another 80s ‘classic’.
Let’s face it, ‘Feel This Moment’ is nowhere near as good as this masterpiece:

However, it probably is a bit better than this:

To conclude; only the release of ‘ARTPOP’ by Lady GaGa, BeyoncÃ©’s fifth album and ‘Trouble’ by Natalia Kills can save pop music. Back to work, everyone. Good luck.

And Pitbull – here’s hoping for another one of your genre-busting, crossover smash hit albums.

Related Article: Our Music, Our Choice

4 thoughts on “The Death Of Modern Pop Music”