Home » News » Your World » The next YouTube sensation – Amor Lilman 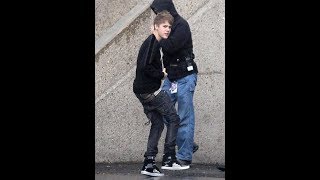 When you’ve just eaten something and it’s really filled you up and you’re sorta regretting it because it’s making you feeling a bit sick, or if you’ve eaten something like a really hot curry and the spices are churning away and slicing at your tender belly, the last thing you wanna see is someone walking down the street with their trousers hanging around their nether regions, their backside, right? No-one wants to see that and it’s enough to make you throw up there and then. But you know that if you do throw up, the food you’ve just eaten would have been a massive waste of money and you’ll only be hungry again sooner rather than later so you swallow, take a deep breath, carry on walking and look at the sky.

I don’t really know why people feel the need to walk around with their trousers so low that their underwear and their buttcheeks are showing. I’m guessing it’s derived from a gang thing because whenever I’ve watched a film with gangs in, all the gang members wear trousers so low that it looks like they’re held up with a piece of string, or that they’ve forgotten their belts. But now, there’s a whole lot of people shuffling around like zombies off The Walking Dead because the waistlines of their trousers are being held up by their knees. Just go into Ponty and you’ll see what I’m talking about. Just don’t eat anything prior to your visit. Waste of money, see.

There’s a 9-year-old rapper in America who agrees with me, as well. He goes by the name of Amor Lilman (but his real name is Amor Arteaga) and he’s recently released a song, ‘Pull Ya Pants Up’, which he co-wrote with his dad, Juan. Amor has this to say about the song:

Tough words, indeed, for a 9-year-old. But his musical ability certainly shows his toughness isn’t just a faade, just read these lyrics which are featured in the track: “The LondonBridgeis fallin’/But not before your pants/You lookin’ for a job?/Well give yourselfa chance.”

Check out the video to the right; Amor could be the next YouTube sensation.