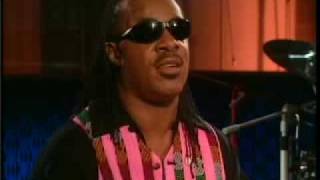 It’s been quite a bit of time since I did my first Top 10 Albums, and since then I’ve listened to a lot more albums and my musical sense has broadened. I’ve decided to update the list. So, here it is…

Dropping just 1 place from last time around, it’s New Zealand’s 4th most popular guitar-based digi-bongo acapella-rap-funk-comedy folk duo. This album is simply hilarious, but, slyly, people don’t seem to realize the musical achievements on this album that really makes it worthy of a top 10 place on this list. Funny, yet groovy.

A new entry from the vocal music pioneer, good old Bobby. The man is an incredibly talented individual, who has recorded this album entirely with his voice alone. But it’s not only him that makes the album impressive, it’s the catchy and easy-listening songs such as ‘Good Lovin’ and the classic ‘Don’t Worry, Be Happy‘ that really make this album memorable.

Yes, Mr Folds has dropped 6 places but that doesn’t mean that this album is not brilliant. It’s a pop/rock tour-de-force that introduces Folds as a solo artist. His jazzy piano playing is something to marvel at. The man is a brilliant storyteller and he enthralls with his lyrics and infectious melodies. One of the best piano albums.

Welcome to the world of Gruff Rhys, Candylion is an insanely enjoyable trip to Gruff Rhys-land. It’s an album unlike any other in the sense that its lyrics are unique and Rhys manipulates the instruments into making his unique sound. To top it all off, this clever album has a lot of catchy tunes that will guarantee to make the listener smile. Cannot be categorized, cannot be matched.

This is Dizzee’s debut album and it really packs a punch, his heavy beats really do lead the way for other grime artists. This album is a very good representation of the thriving grime scene of the early 2000’s. It’s not only about Dizzee’s women and drugs, he shows his sensitive side in the stream of consciousness song ‘Brand New Day’ and tells a brilliant story in ‘Jezebel’. A hip-hop album that really slips under the radar, but still is incredibly good even if it has slipped 3 places.

The ‘D’ triumph, comically and musically, in their debut album. This album isn’t just stomach-achingly funny, it’s also packed with chunky riffs and some excellent vocals from Jack Black (School of Rock, Bernie). All these things come together with Kyle Gass’s classically trained guitar to create a fusion of rock-folk that lingers in the mind.

What makes this new entry from Bowie different to any other album he’s made is the prominent piano (Rick Wakeman) that features on it, it gives the album a different feel in comparison to Bowie’s other albums. And it works. The anthemic choruses, the choppy piano and Bowie’s fragile voice really does create a magnificent triumph. It’s an example of an artist at the peak of his writing abilities. The album includes songs that will stay in your head for much longer than a day.

3. Whatever People Say I Am That’s What I’m Not – Arctic Monkeys

The album that put the band on the map. It’s gone up 1 place because after vigorously listening to the album, I realize even more how brilliant and clever this album is. Its raw energy really does shoot out of the stereo, and Alex Turner’s vocals and lyrics have never been so good. The riffs are simple yet effective which is incredibly clever. To quote Alex Turner: ‘Get on your dancing shoes!’

Knocked off the top spot this time, but still just as good as it ever was. This funky groovy album still deserves its top spot but has just been pipped. What amazes me about this album is the technical ability of the band. Flea is a bass god, and he stands out on every track, Frusciante’s guitar playing is loose and groovy while Chad Smith’s rigid drum style gives the album its rock feel. This, mixed in with Kiedis’ power rapping, makes for a funk/rock/rap mega album.

1. Songs in The Key of Life – Stevie Wonder

And we have a new album at the top spot, and it’s the keyboard maestro himself, Mr. Stevie Wonder. It’s sometimes frightening how talented Wonder is. On this album, he explores all kinds of different genres, but the impressive thing is that he makes you appreciate these genres. He really knows how to use every instrument to their absolute best abilities and, especially on this album, write some brilliant songs. The best album I’ve heard…so far.

Related Article: My Top 10 Albums Of All Time