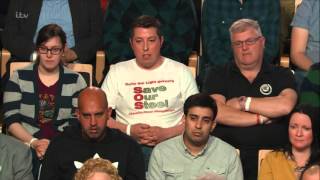 So, five years have passed quickly and it is now that time again where Wales decides who it will vote into the Senedd to lead the country for the next five years. This is the Welsh Election 2016.

Hello and welcome, on Thursday May 5th, the people of Wales will go to the polls to subject their votes. Over the past couple of months, politicians from the leading political parties have been trailing the country, North to South, to persuade voters to vote for their representative party.

Many of you may be wondering what the Welsh Government is actually there for. Well, the assembly handles our Health and Education systems, it also has control of our economy, and yes that’s right, the government owns its very own airport; Cardiff Airport, that is. The chamber is made up of 60 assembly members who are elected every five years. And they all form the government down at the Senedd in Cardiff Bay, which was first opened by Her Majesty the Queen on March 1st 2006 (St David’s Day).

This election has come just weeks after the major story of the steel crisis, where a buyer is now desperately trying to be found to buy out the Port Talbot steelworks due to the current company TATA announcing it was to ‘sell off’ its whole UK operations. This has not come as welcome news to the parties who have been on the campaign trail, Labour was forced to re-call the National Assembly in light of the news, several weeks ago. No doubt then that this has had a big impact on the election, and possibly swaying voters to different parties due to its whole handling. Nevertheless, the current First Minister of Wales, Carwyn Jones, said he will ‘leave no stone un-turned’ in saving the steel industry.

Health is also a big issue, when you and I go to hospital we expect good, adequate care. However, many peoples’ experiences have not fitted in that category. Many have criticised the government’s handling of the NHS here, as indeed our health service is controlled by ministers in Cardiff Bay and not Westminster. So this will impact and possibly change the way in people vote on May 5th.

So they have campaigned, come around your doorsteps, spoken to you, they have challenged each other on numerous debates. But now it is up to you! Voting day is today, you vote, you decide. Who will win? We will find out soon on Friday 6th May 2016.