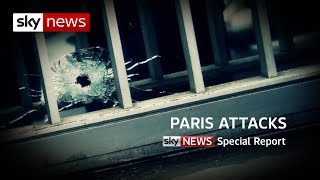 It was simply the worst terrorist attack France had ever seen. Three days of bloodshed in one of Europe’s greatest cities.

On Wednesday, 7th January 2015, three masked men who were heavily armed stormed the streets of Paris. They killed a police officer in their tracks, then went onto killing another police officer along with 10 other people (mainly journalists) after they entered the Charlie Hebdo magazine HQ. They drove away in a stolen black Citroen car; minutes later police rushed to the scene, surrounding the offices.

It made global news, but what France and the rest of the world didn’t know was that there was more terror on the way. This was just the start.

On Thursday, 8th January 2015, the second day of horror began. Another terrorist shot dead a female police officer; it was later reported that she was only a matter of weeks into her new job as a traffic warden. Paris was then put on a high terror alert, ready for another attack. With 13 people already dead and the two brothers wanted in connection with the Charlie Hebdo attack still at large and another gunman on the run, France felt more fearful than ever before. The third gunman wanted for Wednesday’s attack had already handed himself into the French Police. France wanted to mourn its dead but the two terror brothers would not let that happen.

Friday 9th January 2015: the day when Paris’ terror came to a bloody end! The day of yet another two horrors lay on the horizon, the day started when French police believed that the two brothers were hiding in forests in the North of France, in caves the size of the capital. Later in the day, police spotted the brothers heading south, back towards the capital. In a high-drama police chase, the French police got the better of the brothers forcing them to hide at a paper factory on an industrial estate in Dammartin en-Goele, north of Charles de Gaulle Airport. They took hostages at the factory, prompting a massive police presence; Special Forces were brought into assist. At the same time another hostage siege was dominating world media in the centre of Paris in Port de Vincennes; the gunman who killed a police woman on Thursday was in charge of this siege telling armed police, “I won’t let my hostages go until they do,” referring to the brothers in Dammartin.

Just before 17.00 on Friday, police in Paris and in Dammartin stormed the buildings, killing gunman Amedy Coulibaly (the man who killed a police woman on Thursday) and also the police shot dead the two Kouachi brothers. However, a female who was the partner of Amedy Coulibaly remains on the loose. Paris’ horror was brought to a bloody end. It brought three days of terrible killing on the streets of a fantastic city to a dramatic stop. In total, 17 people had been killed.The simple message of remembrance, ‘Je suis Charlie‘, meaning ‘I am Charlie’ was seen around the world as people came onto the streets to fight back against terrorism.

Thousands of people from far and wide came together in solidarity with France to remember those victims of the attacks in Paris. They came together holding pens and posters reading ‘Je Suis Charlie’, the simple message of solidarity.

How could a total of 5 terrorists bring so much atrocity to one city in a space of three days? That is one of the questions politicians will now face in the wake of a new era for France.Charlie Hebdo magazine hit back at the terrorists a week on from the brutal murders of 12 people at the offices. It published a special edition of the magazine which was sold out in a matter of hours in Paris.

Back home and the Home Secretary, Theresa May, expressed that an attack on Britain is highly likely, stressing that police and security officials need greater controls in fighting terrorism. The UK Terror Threat Level remains at Severe, one down from the highest level critical, meaning the UK could be attacked at any time. The message is, remain vigilant, but don’t be too vigilant.