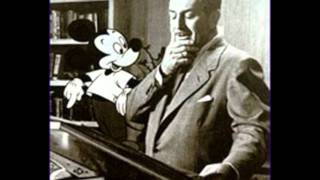 About a month ago, I told you all about the magic behind the mouse (Mickey Mouse, that is) well, today, December 5th is none other than Walt Disney’s birthday (he’s 110). Since I dedicated an article to his success story and fictional pal, Mickey, I thought that I would dedicate one to the amazing Walt himself.
Walter Elias Disney was an American film maker and businessman who created a new kind of popular culture with feature-length animated cartoons and live- action “family” films. He dropped out of high school at the age of seventeen, during World War I and after a short period of time as an ambulance driver, he returned to Kansas City in 1919 to work as an illustrator and later made crude animated cartoons. By 1922, he had set up his own shop with partner, UB Iwerks, whose drawing ability and technical skill were major factors in Disney’s eventual success.
Initial failure with UB Iwerks ended up sending Disney to Hollywood, California, in 1923. After the whole situation with Oswald the Lucky Rabbit (I wrote about it in my Mickey article, so take a look there for information about that) Disney reinvested all of his profits toward improving his pictures. The invention of such cartoon characters as Mickey Mouse, Donald Duck, Minnie and Goofy, combined with the skillful use of sound, music and folk material made the Disney shorts of the 1930s successful all over the world. This success led to the formation of the hugely profitable Disney-controlled sidelines in advertising, publishing and merchandising.
Disney extended his studio operations rapidly to include a training school where a whole new generation of artists developed and made possible the production of the first feature-length cartoon, Snow White (1937). Other costly animated features soon followed, including Pinocchio, Bambi, and the famous musical experiment Fantasia. With Seal Island, wildlife films became an additional source of income. In 1950, Treasure Island led to what became the studio’s major product, live-action films, which basically cornered the traditional “family” market. Disney’s biggest hit, Mary Poppins, was one of his many films that used occasional animation to project wholesome, exciting stories containing sentiment and music.
Moving away from the films, now, and onto something else that Disney is very famous for- the theme parks. On July 18th, 1957, Disney opened Disneyland in Anaheim, California, the most successful park in history of amusement parks, with 6.7 million people visiting it by 1966. The whole idea of the theme park came to him after taking his children to other amusement parks and watching them have fun on amusement rides so he decided to create a park where the whole family could have fun together. In 1971, Walt Disney World in Orland, Florida opened its gates for people’s entertainment. Since then, Disney theme parks have opened in Tokyo, Japan and Paris, France.
Disney also dreamed of developing a city of the future. This dream came true in 1982 with the opening of Experimental Prototype Community of Tomorrow (EPCOT). EPCOT was planned as a real life community of the future with the very latest in technology and the use of Science to achieve a practical purpose). The two principle areas of EPCOT are Future World and World Showcase were designed more for adults rather than children.
Walt Disney was happily married for 41 years and was moving ahead with his plans for huge, new outdoor recreational areas when he passed away on December 15th, 1966, in Los Angeles, California. At the time of his death his enterprise had brought him respect, admiration and a business empire worth over $100 million a year, but Disney’s still mainly remembered as the man who had created Mickey Mouse almost 40 years before.
Disney is famous worldwide and his creations have really changed thousands of children and families lives. As a Disney maniac, I can truly say that it has had a rather large impact on my life and if (and this is a big if) I have children, I will be taking them to the parks so they can experience the magic that I did as a child. Disney magic is my favorite kind of magic. The buzz of excitement during the journey to the parks, the rush of adrenaline and emotion as you slot your ticket through the machine and the electronic voice says “enter” (or in Paris, “Entre” and I normally end up mimicking it for ages don’t ask why), the music to the parades, the feel of a characters arms around you, it’s an amazing experience. I know people think I’m too old and obsessed, but so what? As my awesome friend, Kristy, rightfully said “you’re never too old for Disney!” and I will stick by that quote forever.
I’m not going to go on about Disney now because 1. It’ll be too much for you to take in and more than likely get bored (though I don’t see how) and 2. It’s time for tea. So, I shall leave you with some inspiring quotes by the legend that is Walt Disney himself.

“You can design and create, and build the most wonderful place in the world. But it takes people to make the dream a reality.”
?”When you’re curious, you find lots of interesting things to do. And one thing it takes to accomplish something is courage.”
-?”Movies can and do have tremendous influence in shaping young lives in the realm of entertainment towards the ideals and objectives of normal adulthood.”?-?”I never called my work an ‘art’ It’s part of show business, the business of building entertainment.” ?-?”I am not influenced by the techniques or fashions of any other motion picture company.” ?-?”Why do we have to grow up? I know more adults who have the children’s approach to life. They’re people who don’t give a hang what the Joneses do. You see them at Disneyland every time you go there. They are not afraid to be delighted with simple pleasures, and they have a degree of contentment with what life has brought – sometimes it isn’t much, either.”?-?”The era we are living in today is a dream of coming true.”
“A man should never neglect his family for business.”
“When we consider a project, we really study it–not just the surface idea, but everything about it. And when we go into that new project, we believe in it all the way. We have confidence in our ability to do it right. And we work hard to do the best possible job.”
“Disneyland will never be completed. It will continue to grow as long as there is imagination left in the world.”?”We believed in our idea – a family park where parents and children could have fun- together.”?”Disneyland is a work of love. We didn’t go into Disneyland just with the idea of making money.”?”Disneyland is the star; everything else is in the supporting role.”?”Disneyland is a show.”
“I love Mickey Mouse more than any woman I have ever known.”
“All our dreams can come true, if we have the courage to pursue them.”