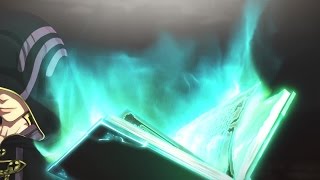 Okay, so I’m going to say outright before I even talk about what this is all about and say this article could go off on a few tangents, so please bear with me everyone. Also if any of my facts appear to be misleading or incorrect, I truly apologise in advance and would gratefully appreciate being corrected on such errors.

Now, this article is a call out to all you Nintendo gamers out there, you know the same people who know the likes of Mario, Pokemon, Zelda, Star Fox, Metroid, Kirby, so many different series titles under the Nintendo brand. Anyone familiar with Nintendo should also be familiar with the Super Smash Bros series, which for those who don’t know anything about this (and how can you not? Honestly, gosh, peopleâ€¦) it’s basically a massive gathering of different characters from lots of different Nintendo series titles (and some other cross-branded titles), basically battling each other in proper fighting action. This series has been going on for a long while now, starting out on the Nintendo 64 as Super Smash Bros, then on the GameCube as Super Smash Bros Melee (around about the time I started to get into the series myself, and the many wonder scenarios that would run through my head during these dream match-ups), next came the last created title for the Nintendo Wii called Super Smash Bros Brawl, and here we are today, constantly looking up all the information and news on the up-and-coming advancements to the series in Super Smash Bros for Nintendo 3DS and Wii U, which the names of the separate games speaks for itself in which platform they will be released on.

Since its announcement, we have since been shown numerous clips and images of both returning and debuting characters to this cross-over Nintendo series, the stages that they can all battle within, maybe some of the items used in battle, as well as many different features to the game in general. So as is to be expected, the release dates for these games are growing ever closer, with the 3DS version on September 13th 2014 in Japan, October 3rd 2014 for North America and Europe, and October 4th 2014 for Australia, and the Wii U dates still being discussed for some time during the 4th quarter of this year (sometime around the winter holidays perhaps). Yet to this day we still have reveals of new characters and returning characters appearing on their official website, and along with these discussions along the lines of ‘Wow, this character is debuting?! That’s so cool!’; ‘Eww he/she’s in the game? This sucks!’; ‘Huh, nice to see *insert character name here* returning this time around!’; as well as much more, but with these being new games, people tend to talk about the new characters who could enter the fray that is Smash Bros. Sadly, not everyone’s favourites will be included in these new instalments to the series, nor would all the past characters they want to see return do so.

Now, I’m sure Masahiro Sakurai (the creator of the Smash Bros series) would love to include as many characters as possible, but there can be only so many characters added into the games and these new titles even include the larger roster of fighters in any of his Smash titles, and he isn’t even finished revealing them all yet either! So, maybe he includes some suggestions as trophies (small cameo characters who perform brief attacks that can sway the direction of the battle for your opponents), or maybe he can include them in other capacities? This brings me to the latest unveiling.

To sum it up, along with the return of F-Zero series character, Captain Falcon, we see the debut of Fire Emblem Awakening characters, Lucina and Robin (both as a male or female, whichever you prefer to battle as), but also during this trailer, the main protagonist from the same game, Chrom, is also included in the game, only he appears alongside Robin’s Final Smash (Finishing Move while in battle), and all I can think of isâ€¦why? Now, I’ve never played the Fire Emblem series, so maybe they just wanted to make reference to him instead of flat out making him a playable characterâ€¦but if that’s so, then maybe Lucina should have been involved in the Final Smash instead of Chrom, instead of basically being a better clone of another Fire Emblem fighter in the game, even though I support more female characters in the game (the most female fighters to ever be playable in a Smash title might I add). It just doesn’t make much sense to not play as the main character from the latest Fire Emblem title, you know?

So that got me to thinking, could this cameo be a tease to something bigger in the long run? By the time the game comes out, some other characters will be debuting, returning or simply not appearing in these new games, which will of course bring mixed opinions on the gaming community, and maybe it could since this community is indeed the audience that will eventually purchase these titles, play as these characters and battle with them against the computer or friends local or online, for fun or for serious competition. They may not end up getting the game because *Insert character name here* wasn’t announced for the title. So is there any true way to fix this? Possibly, if it’s in Nintendo’s best interest.

What I’m referring to is the inclusion of DLC, which is an abbreviation for Downloadable Content. For those who don’t know, DLC is basically like add-ons for the certain games that get included either before release, during, or most likely, after release so people can get more content for their gaming titles. Of course, the main reason for DLC as a whole is so people don’t sell those games. If they get tired of playing this game after a few days/weeks/months, whenever, they may end up just selling back to the local gaming store for less money than they originally bought it. But with DLC, the publishers are basically pleading with their customers to hold onto that game (assuming it is a physical copy) and keep playing it since they’ll add more missions, weapons, stories, whatever it is to keep the consumer using their product.

I mention this in my article, through all of my needless ramblings, because I wonder if Nintendo will do the same for this newest instalment into the Smash Bros franchise. I mean, Nintendo has not too long ago recently jumped aboard the DLC bandwagon with some of their older Wii and DS titles, while starting to make progress with their more recent Wii U and 3DS ones. So you have to factor in that Nintendo is still doing their best to understand how to use DLC effectively, but with Smash Bros, it’s mostly an instant way to get more money. I mean with DLC in Smash Bros, you can include offers for new battle stages, custom move options (since that is an option in these new titles), and more importantly, characters. Whether they be characters long forgotten in the past, characters making cameos in the current game, or even other franchise characters that never made the end cut, if it’s the right characters that get people interested, people WILL buy them, they will want to play as these characters, get these stages, these moves. Also it can also be used as a sneaky way of promoting future titles, an example for me that pops into my mind is the new Nintendo IP, Splatoon.

I won’t go into details with this game, but it’s basically a fresh new title for Nintendo that’ll be released sometime in 2015 for the Wii U, and while it’s gotten much hype from its reveal during E3 this year, it could get even more, and this can be done through Smash Bros. Nintendo can basically be like ‘Oh hey, we have this new IP coming out in 2015, yet you don’t know enough about the main character and how the game works. So what if we included the character from that game, gave them the main characteristics and functions they have in that game, and include them all as added DLC and fight with this character! If you like the character enough, maybe you can buy the game when it gets released in the future!’ *wink wink nudge nudge*

The main problems for including DLC, however, can be that it takes time to create these character models, their move sets, the battle stages, how they can be implemented into the already-created end game. It will definitely take time, if they even attempt to do this. Maybe it could also cost them too much money to even do any of this, which is always a leading factor into the creation of content within games. Of course you can look at it in the way of, well this game will likely last until the next big handheld and gaming consoles for Nintendo get released, which could be another 5 years or so, and even then we won’t create new series titles off the bat, we’ll need to see how we can make Smash work with these new consoles. So the games will last awhile, which means people can lose interest during this time. But it also means the developers can test during this time with creating additional content, releasing this over, say, 6 months to a year after the releases, and keep people interested enough to not sell these games.

So maybe there will be a day where we see Chrom from Fire Emblem fighting for himself against Robin, Lucina and others (rejoice Matt Mercer!). Maybe we can see past characters returning, so long as they haven’t been announced by the time the game’s cast have been fully revealed (Mewtwo please?). Who knows? It all depends on if Nintendo is willing to test this idea and see how it will all work out in the end. I, for one, hope this can actually happen because I know I know I’ll be buying all those extra characters and other things because that what the greedy consumer in me would do, especially if it involves any RPG games exclusive to Nintendo. (Kingdom Hearts characters in Smash? Probably won’t happen, but I can dream!)

Until then, I suppose I’ll just have to wait and hope Super Smash Bros DLC can actually happen, as well as buying the games, and a Wii Uâ€¦darn I always go back to how flat out skint I am don’t I?